What's in my DNA?

The results are in! What a fascinating thing, this DNA. On Ancestry.com, it gives a break down of where I am from using both my paternal and maternal DNA but doesn't tell me who belongs to what. On 23andme.com, I was only able to find out info on my maternal line until my dad takes the DNA test which he will do soon.

From Ancestry.com here is the breakdown which is culled from both paternal and maternal DNA: 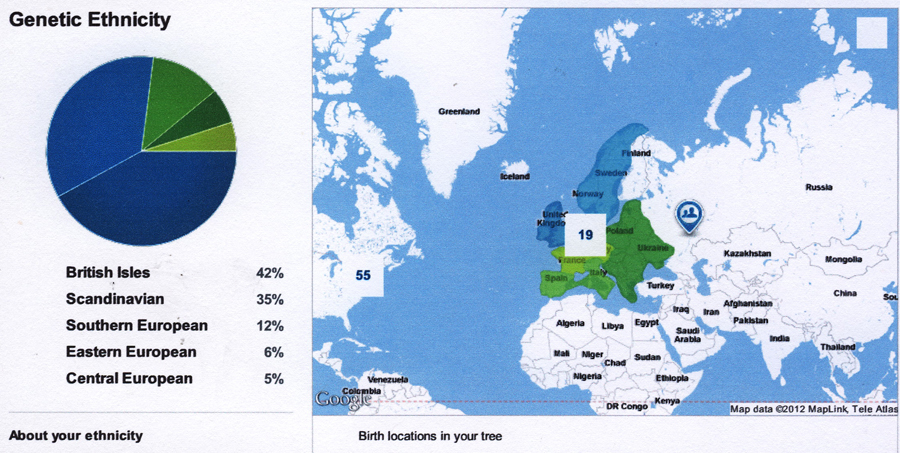 My thoughts on the breakdown, based on my paper research of my family tree is that the entire percentage of the British Isles and 8% of the Scandinavian is from my dad's DNA with 27% Scandinavian and all of the European percentages belonging to my mother. To say I was a little shocked is an understatement. I grew up believing I was mostly German and Bohemian but that accounts for only 5% of my DNA. I had no idea at all that I was 35% Scandinavian. I knew only of one Dutch ancestor that I discovered last year doing research and one other this year from Sweden, but both were born centuries ago and probably wouldn't account for 35%. I do look Scandinavian and when I was in France once, someone thought I was from Sweden. Makes sense now, but who were these Scandinavian ancestors? It could be assumed that there is some Viking blood seeing how they were such voracious conquerors and that would be a good assumption. But how about some scientific evidence? Turns out in 2006 a genetic link was discovered that linked the Sami people to the Volga-Ural region in Russia, which is where my mother's great grandparents were born. 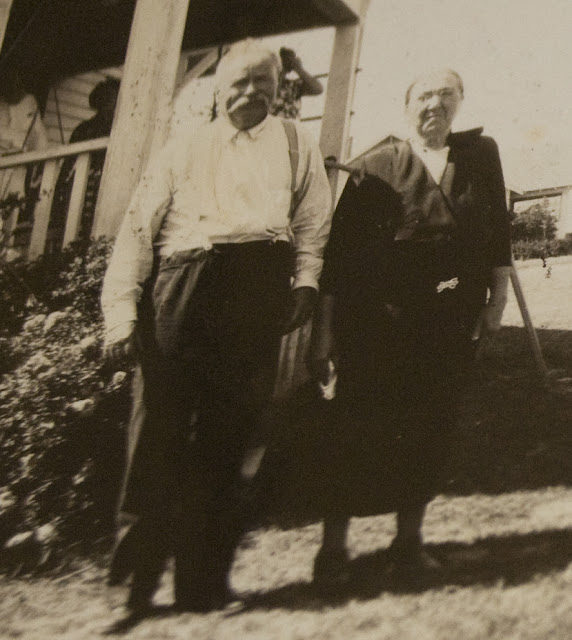 John and Mary Spahn. My great-great grandparents. Both born in the Volga-Ural region
of Russia. Possible descendants of the Sami people of Southern Sweden or Finland.

My great-great grandparents considered themselves German, although they were both born in Russia, but the truth is that they were most likely of Scandinavian blood, and possibly descended from Sami people from Southern Sweden or Finland. The Sami people fall into the U halpogroup with most being U5, but a small population is in the U4. This hints at just a tiny slice of the mystery waiting to be uncovered but it's a good start!. Pretty darn cool. This will make an already planned trip to Scandinavia in 2014 have a different meaning altogether! Next, I will wait for my Paternal Halpogroup results from my dad and see how much of his DNA is from Scandinavia. If it's more than 8%, I may have to re-think this whole blog post,lol.

Here are some images, music and interesting facts of the Sami people: Saami Blog

Another shocker was the 18% Southern European which encompasses Portugal, Spain and Italy. Huh? What? Wait a minute! I haven't found anyone in my line from any of these countries. Some digging is going to have to be done to find out who these Southern Europeans are, or where they came from and how they got into my DNA. First I'll need my dad's results to determine if it's in his line or my mother's line which is what I suspect.

Not a shocker? 42% British Isles. I've always known I was descended from Irish ancestors (I was born with the last name of CLARE after all), although I'm still trying to find the immigrant Irish ancestor. And I've been drawn to England as a homeland since well, probably birth. :) It's why I trek the land, spend so much time there, have an affinity for it's people, love it's shows and movies and totally get their humor. I belong there, my DNA longs to be there. It's strange but I always felt like I had lived there before in a past life and I believe that even more now. Plus, nearly every line in my paternal family tree leads back to an ancestor from the British Isles. 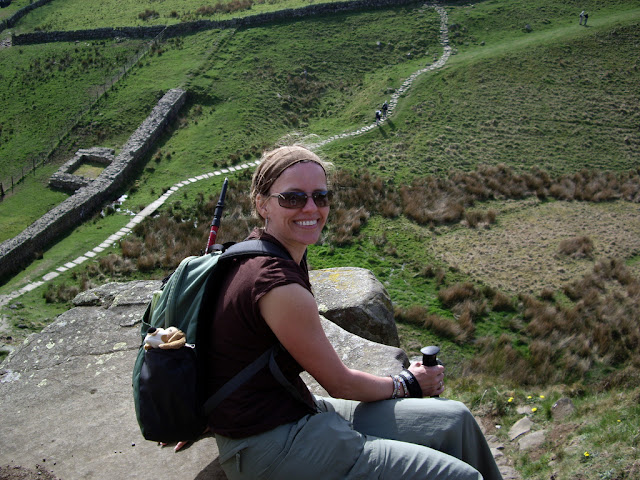 Always happy to be in Britain! Sitting atop a rock in Northumberland, overlooking Hadrian's Wall.

From 23andme.com, the Maternal results say I am 100% European which encompasses all of the British Isles, Scandinavia, Western and Eastern European. What that means is there is no Native American DNA on my mother's side and very little if any Jewish ancestry. Today, my maternal DNA most closely resembles people from France and Germany. I can't wait until next month when I find out my Paternal Halpogroup from my dad. And one of the best things about having your DNA done is as new genetic research is discovered, they can update your own information! The adventure continues!