At Odds: My Puritan and Quaker Heritage 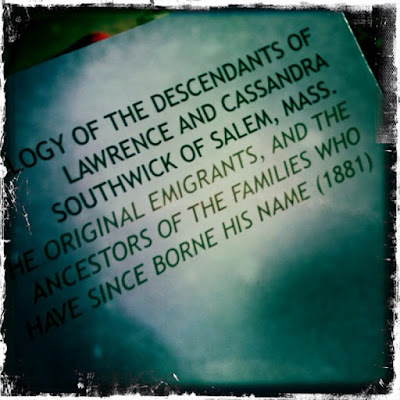 I've been moved my many stories of my ancestors but none more so than that of Lawrence and Cassandra Southwick and two of their children, son Daniel and daughter Provided who lived in Salem, Massachusetts. 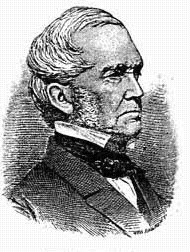 Lawrence and Cassandra Southwick of  England were members of the Religious Society of Friends (Quakers) in a very puritanical Salem. They were persecuted, fined, whipped, thrown in prison and eventually banished for not following the Puritan ways. They were my 9th Great Grandparents (and 8th great grandparents of Winston Churchill and Richard Nixon, my second cousins, 8 generations removed) and their daughter, Provided, my 8th Great Grandmother. To find out the horrors your family members went through is gut-wrenching. What I find utterly unbelievable is that the Puritans, who left England because of religious persecution became persecutors themselves and many Quakers suffered terribly as a result. Even more shocking to me was to find out that the person who passed judgement on them was my own 9th Great Grandfather, Puritan and first Governor of Massachusetts Bay Colony, John Endicott: 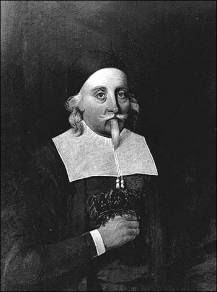 "According to the 1911 Encyclopædia Britannica, "Under his authority the colony of Massachusetts Bay made rapid progress, and except in the matter of religious intolerance in which he showed great bigotry and harshness, particularly towards the Religious Society of Friends (Quakers)" (including religious executions), "his rule was just and praiseworthy. Of him Edward Eggleston says: A strange mixture of rashness, pious zeal, genial manners, hot temper, and harsh bigotry, his extravagances supply the condiment of humour to a very serious history; it is perhaps the principal debt posterity owes him." 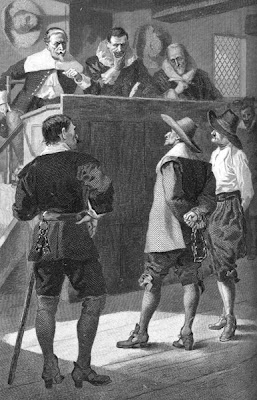 Quaker Trial, 17th Century
Because of the unfair treatment of their parents, having bear witness to the repeated lashings and imprisonments, Daniel and Provided decided not to participate in a church that was so persecuting and for this they were fined ten pounds each even though it was known they would not be able to pay. The Governor then issued an order in the General Court of Boston that Daniel and Provided would be sold as slaves to any English nation at Virgina or Barbados. 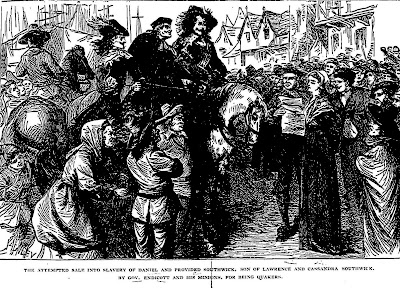 This image shows my 9th great grandfather, Governor John Endicott attempting to sell my 8th great grandmother, Provided Southwick into slavery.  The writing below the image reads:
"The attempted sale into slavery of Daniel and Provided Southwick, son of Lawrence and Cassandra Southwick by Gov. Endicott and his minions, for being Quakers."
I wanted to know more and after several days of research I came upon the book:
"Genealogy of the Descendants of Lawrence and Cassandra Southwick of Salem Mass.
The Original Emigrants, and the Ancestors of the Families Who Have Since Borne His Name (1881) 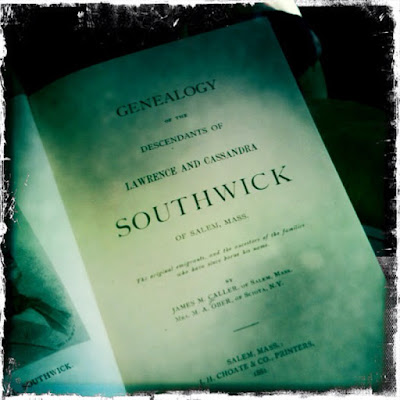 I've discovered that books on family Genealogy such as this one don't come cheap! In fact, some can be selling for hundreds of dollars!  But, this book was totally worth the purchase as I uncovered so much more than what I had found previously.  It included Historical Extracts such as this one:
"Lawrence, Cassandra and their son Josiah were imprisoned at Boston for being Quakers and were kept there twenty weeks on a charge of violating a law enacted while they were in prison." 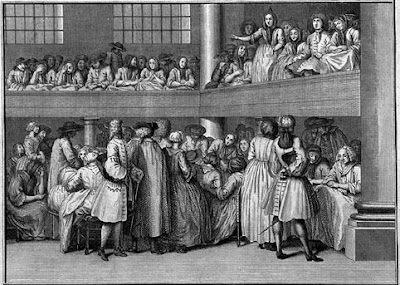 Quaker Meeting House, 17th Century
Eventually all Quakers were banned from setting foot in Massachusetts under "pain of death" although several risked imprisonment and even death by hanging in order to continue their ministry.  Lawrence and Cassandra were banished and fled to Shelter Island, Long Island Sound, New York where Nathaniel Sylvester, the island's first white settler gave shelter to them and many other Quakers.  Another except from the Southwick Genealogy book reads:
"Lawrence and wife Cassandra went to Shelter Island, Long Island Sound, being banished under pain of death in 1659, and died there in the spring of 1660 from privation and exposure; his wife died three days after him."


It was really sad to discover that they died of starvation and exposure.  Even though they weren't family members that I knew in the physical sense, they were still my grandparents, whose blood flows through my veins. I still had an ache in my heart for the way they died which seems completely unfair and unnecessary.


Yesterday, as I was sitting on my patio in the morning sun, sipping my favorite brand of coffee and enjoying the views over the lake, I thought about Lawrence, Cassandra and Provided and how this day, this moment of enjoyment is a result of all my ancestors, on both sides of my tree. Those who suffered humiliation and persecution, those that fought and died in war, those who endured hardships in the new lands and on the open prairies.Those that gave me life, protected me and loved me. I honor all of them by continuing my research, telling their stories and keeping memories alive.
Posted by Laura at 8:52 PM